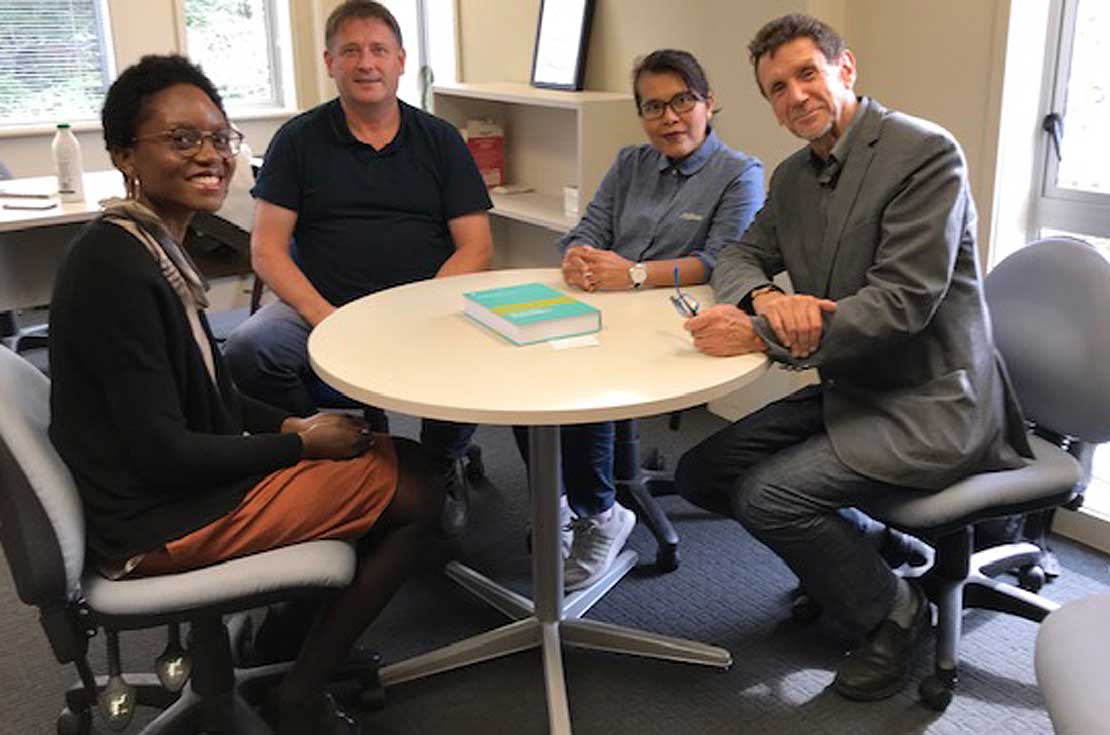 Sustainability scholars at Massey University’s School of Psychology are having an impact globally with their research, teaching and practice on wellbeing at work and decent pay through a living wage.

As part of an interdisciplinary Marsden-funded living wage team with Massey and AUT colleagues from three other research teams internationally, they have been invited to speak at the International Labour Organisation (ILO) Decent Work Conference in Geneva in July, where the key focus is on decent work and people’s wellbeing.

Along with Professor Darrin Hodgetts, Professor Stuart Carr leads Project GLOW (Global Living Organisational Wage) – a research hub based in the School of Psychology that is part of a global network. It has been instrumental in linking academics from 25 countries as part of an international campaign to end global poverty by lifting wages to living levels. It aims to investigate what it would take to introduce a Global Living Wage, defined as pay “that enables people, organisations and communities to prosper and thrive”, says Professor Carr.

In Geneva, members of the Project GLOW team, including Professor Carr and Massey colleagues Dr Amanda Young-Hauser (School of Psychology), Professor Jane Parker (School of Management) and Professor Jarrod Haar (School of Management, AUT), will co-present four papers in a special GLOW session. Topics include evidence-based approaches to living wage policy; enabling living wages across global supply chains; indigenous approaches to living wages; and living wages in the not-for-profit sector globally and locally. Their papers will be published after the conference, which is taking place at the headquarters of the world’s main labour organisation, the UN’s International Labour Organization (ILO).

Professor Carr will also speak at the European Association of Work and Organisational Psychology’s Small Group Meeting on the living wage next month at the Adam Smith Business School, University of Glasgow, and at a pre-meeting seminar at the Aston Business School. His topic is “Living wages and sustainable livelihood as a means for eradicating working poverty”. The Scottish meeting is a chance to build the Project GLOW network across Europe and its international trading partners, he says. 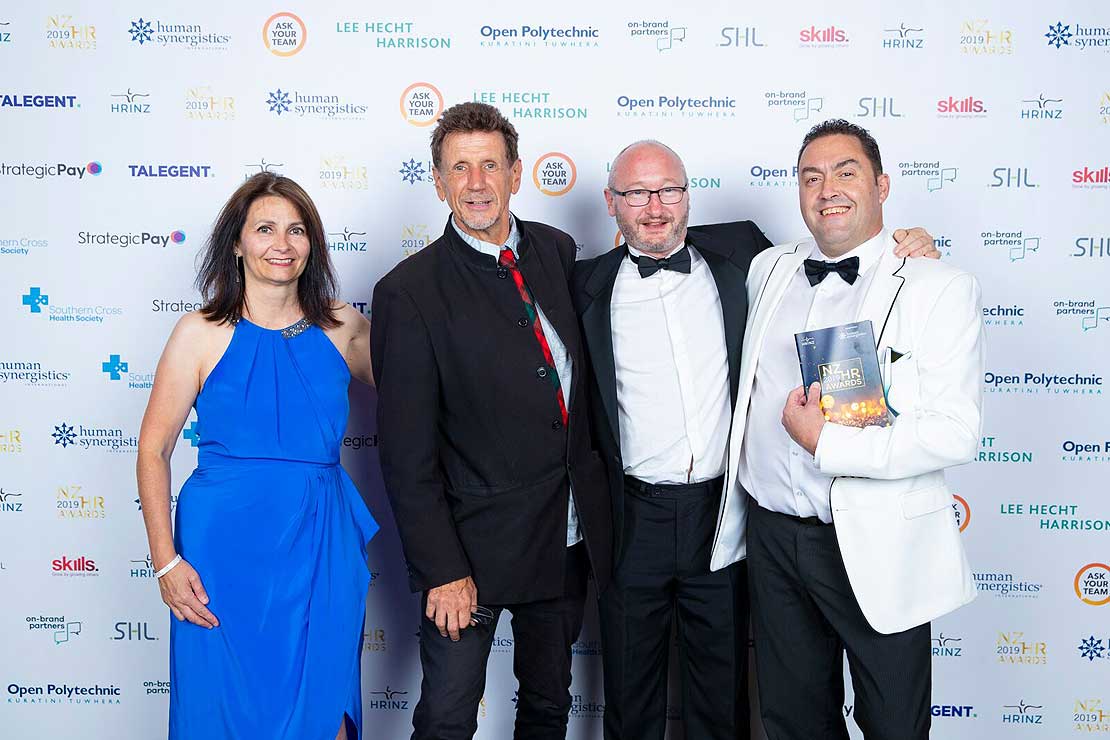 Professors Jane Parker, Stuart Carr, Jim Arrowsmith and Jarod Haar at the Human Resources Institute of NZ awards earlier this year, where they won the HR Research Team of the Year Award.

There is a growing momentum to understand and adopt the concept of the living wage, at global and grassroots levels, Professor Carr says. He is part of a team awarded $845,000 in a Royal Society of New Zealand Marsden grant in 2017, including Professors Jane Parker and Jim Arrowsmith (School of Management), Professor Hodgetts, Dr Young-Hauser, and Professor Haar.

Professor Arrowsmith says the team was delighted to get the award. “This shows the business relevance of the living wage as employers seek to recruit, retain and motivate staff in a context of tight labour markets, rising living costs  and low productivity. The acceleration of the New Zealand minimum wage also emphasises the need to examine the business drivers, constraints and consequences of moving towards living wage rates, as well as the implications for employees and their families.”

This research and the award has also helped to prompt postgraduate researchers from Asia, Africa, South America and Europe to travel to Massey’s Auckland campus, in Albany. Formal and informal internships allow them to find out more about the work of Project GLOW as a source of innovative ideas to transform the workplace and promote wellbeing for the 21st century.

“We have a number of PhDs and prospective PhD students and interns here at Massey, and we’re getting inquiries from people all over the world who want to come and spend time soaking up what we do here in Project GLOW,” says Professor Carr. ”It’s great because we learn so much from them too.”

Among them is Yuwadi Chunthasiri (Po), from Thailand, a PhD student at the Behavioral Science Research Institute, Srinakharinwirot University, Bangkok where she is exploring employee engagement, inclusion and performance in southern Thailand‘s seafood processing industry. Kia Mawete, from France, has worked for humanitarian groups in conflict zones to help protect human rights and foster decent safe work conditions for all.

As well as hosting research, teaching and consultancy, Project GLOW informs wage policy settings in private and government sectors. However, Professor Carr says progress is inevitably a long term, multi-generational project and could take 50 years to achieve. It requires a fresh, innovative and humanitarian approach to the economics of work and wages through education, support and collaboration with a wide range of agencies and organisations, he says.

“Our goal is to help fill a vacuum on living wages as a largely organisational-level policy that may make a real difference to human and organisational development,” he says. “The research that GLOW is presenting, and conducting across New Zealand, chimes with our ongoing labour law changes, like the minimum wage, as well as current economic debates about a wellbeing budget.”

Opinion: Pronouns are not so difficult