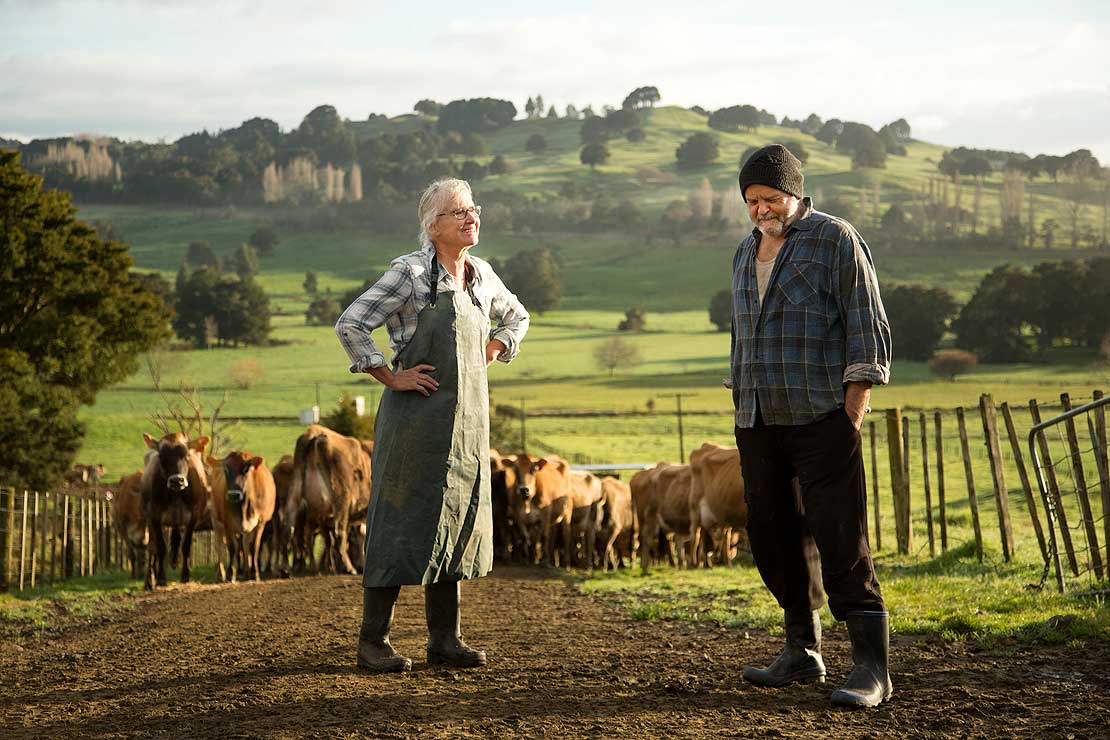 Bellbird characters Ross (Marshall Napier) and Beth (Annie Whittle) are based on farming people of Northland where director Hamish Bennett grew up. 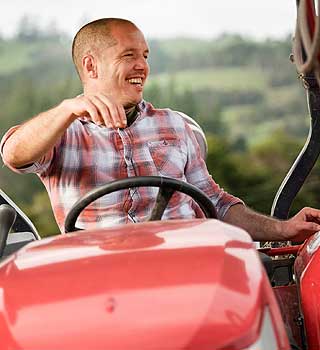 Massey Bachelor of Arts alumnus Hamish Bennett will be in Palmerston North this weekend for the screening of his debut feature film, Bellbird, followed by a Q&A with the audience.

Mr Bennett, of Ngāti Whakaue, Patuharakeke and Kati Waewae, majored in English and Media Studies at the Manawatū campus from 1996-98 and last year took a break from teaching in Auckland to make the film set in Northland, where he grew up.

Bellbird, which he wrote and directed, builds on the settings and characters of these two films, including the characters Ross and Beth, who are based on people he knew in the small rural Northland community. Set over four seasons and filmed in Maungakaramea – 10kms from Tauraroa where he grew up –  Bellbird is the story of a dairy farmer struggling to cope with the sudden death of his wife and the gradual bond he builds with his gentle only son and the local community.

“The inspiration for the characters of Ross and Beth were our neighbours across the road. They were great people – humble, funny, hard-working, gruff, stuck in their ways – all fairly typical traits of many older rural couples,” Mr Bennett says.

Mr Bennett, whose older brother Dr Simon Bennett is a lecturer in the School of Psychology at the Wellington campus, says studying for a BA “gave me the opportunity to look at films in a way I’ve never looked at them before. It can’t help but have a formative effect. Before I went to Massey I’d never thought about looking at films or media in a critical way.”

He credits his time at Massey and living in the Manawatū region as playing a part in forging his world view as a future film-maker, although he did not start writing scripts until retiring from rugby in his late 20s. He then decided to give film script writing a go because he had more time and a creative urge.

He says he is proud of fact that he hasn’t come through a traditional path of film school. Studying in Palmerston North, where he flatted with eight guys and played rugby for Feilding Old Boys and Manawatū, all fed into his world view. “Doing a BA in a place where it isn’t necessarily where everyone goes gives you something unique and distinct. It’s my point of difference. I loved my time in Palmy.”

He says his approach to film-making is about characters and “celebrating people not usually seen on film – I play to a personal voice”.

Bellbird is an ode to characters and a way of life not often depicted on film, he says. “You don’t see many outward displays of affection or emotion with these people, but this can’t be mistaken for not caring. It’s very much the opposite. The love, the loyalty, the reliance – it can all be found in the little moments, buried under the layers of cheeky banter and cow shit. You know they are devoted to one another. And you also know that if one of them weren’t there, the other would be completely lost.”

Poignantly, the real Beth died earlier this week, aged in her eighties. She had been unwell for some time, and Mr Bennett had visited her and her husband just days before. She had not seen the film, which will screen in Dargaville later this year.

Bellbird had its world premier at the Sydney Film Festival this year, and picked up an audience award at the Melbourne Film Festival. It featured in the New Zealand International Film Festival, and will be screened in Hawaii, Cork and Chicago in the coming months. The Palmerston North screening this Sunday at 1.30pm (Event Cinemas) is a preview before nationwide release on November 7, when Bellbird will be playing on 70 cinemas around New Zealand.

“I’m a school teacher so it’s all quite surreal really,” says Mr Bennett, who wrote the script while juggling parenting and work as a full-time teacher of year five and six at Waterlea School in Mangere Bridge. He’s now working on a script for his next feature film, which will be set in Samoa and concerned with the lives of ex-pats.

Students launch competition to “make a bop in your bubble”

The importance of building trust in contact tracing apps